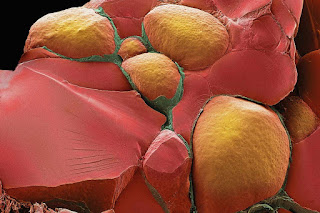 Methods of treatment:
1. Small nodes that do not increase in size over time are only subject to observation
2. Radioactive iodine is used to treat a toxic multiple-nodules thyroid gland
3. Drug therapy is applied when it is necessary to suppress thyroid hyperfunction
4. Surgical treatment is mandatory when:


* The patient should be aware of the risks of any thyroid surgery because it plays an immense role in the main vital metabolism and metabolic activity of the whole organism, including the brain. After surgical removal of the gland, the patient needs to remain under life-long surveillance and hormone treatment.

The latest technology:
HIFU therapy is a new non-invasive method for removing benign nodules of the cranial gland. High-intensity focused ultrasound achieves ablation only in the cells of the node without affecting the surrounding healthy tissues. HIFU is a very good alternative to invasive surgery because it preserves the organ and has a lower risk of complications. If necessary, the procedure may be repeated.

The Echopulse system, manufactured by Theraclion, is approved in Europe, Russia and Korea for the treatment of thyroid nodules.

The nearest clinic where we can help you is in Bucharest, Romania.

Posted by Ester Hristoskova at 1:26 AM No comments: 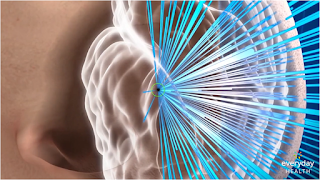 Parkinson's disease is a progressive neurological disorder which is characterized by a degenerative process in a brain area called substantia nigra. The main disorder is associated with a decrease in the amount of dopamine.  It is an important neurotransmitter involved in the transmission of information between nerve cells. The three main symptoms of the disease are tremor while in a state of rest, stiffness, and slowness of movement. The fourth sign that occurs with the progression of the disease is instability of the posture.  It is possible that gastrointestinal disorders, blood pressure, depression, insomnia and other functional disorders may occur. As the disease progresses, the tremor intensifies to the extent that the patients are unable to perform their daily activities.

Parkinson's disease is considered to be among the incurable diseases. To alleviate the symptoms, a combination of drugs, psychotherapy, physiotherapy and neurosurgery is applied. A new revolutionary method for treating Parkinson's disease is HIFU therapy. Using focussed ultrasound affects a key center deep in the brain, resulting in a stop to the tremor. The procedure is completely non-invasive, harmless, without anesthesia while the patient is fully conscious and the results are monitored in real time. The procedure takes about 4 hours and requires only 2 days of hospitalization. Although at this stage the impact of the therapy is unilateral (the dominant part is chosen), stopping the tremor dramatically improves the patient's quality of life.

Compared to deep brain stimulation, focused ultrasound is a single procedure, and does not require subsequent procedures/visits to replace batteries, repair broken wires, or adjust simulator settings. It also does not involve the collateral damage to healthy tissue or the risk of infections associated with implanting a foreign body.

The ExAblate system manufactured by InSightec is approved in Europe for treating tremor-dominant Parkinson's disease. The countries that apply this method are Spain, Italy, Switzerland and Israel.

Posted by HIFU ТЕРАПИЯ at 2:26 AM No comments: 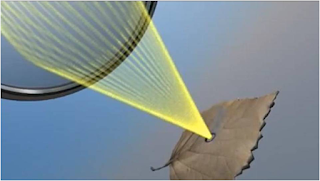 Posted by HIFU ТЕРАПИЯ at 4:15 PM No comments: 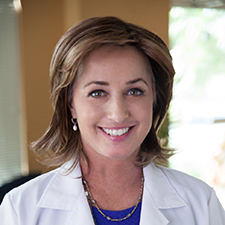 In 2004, the director of our MRI centers heard of this new technology coming out of a company in Israel called Insightec and invited them to give us a lecture on focused ultrasound. I sat in the lecture and couldn’t believe that in my lifetime this would be possible. Our center purchased the system, and we performed the first commercial treatment for uterine fibroids after FDA approval in 2004. Although the director, Dr. Fred Steinberg, was supposed to do the first case, I filled in at the last minute. The treatment was successful, and I was hooked after I saw how the patient walked out of the MRI center one hour after the procedure as if I had done nothing to her!

From 2004 to 2008, there was a lot of buzz around focused ultrasound for fibroids. We had many women wanting to participate in the early research studies, partly because there was no cost, and because women wanted a non-surgical option.

Treatment volume began to slow during the start of the recession in 2008. We also did not have insurance coverage then, which continues to be a challenge today. Despite FDA approval and many clinical studies demonstrating the efficacy of focused ultrasound for fibroids, payers still want a long term comparative study before they will reimburse for the procedure. A study to generate this data is prohibitively expensive and hasn’t been conducted, so we don’t have widespread insurance coverage in the US. Without this coverage, only a few sites across the country have been offering the procedure.

Despite these challenges, we recognize that the benefits of focused ultrasound are so compelling for patients that they would be willing to pay for the treatment. So the Fibroid Education Center was created to empower women to make informed decisions and make the procedure more accessible. We are aiming to turn the tide by generating awareness of focused ultrasound, increasing the number of sites offering the procedure, and ultimately, leading insurance companies to recognize the incredible value of this option for women. I am hopeful because some payers have recently changed their policies to cover focused ultrasound for fibroids.

When I think of the millions of women suffering from their fibroids, I know that many of them want a solution that doesn’t involve surgery such as a hysterectomy or myomectomy. As a non-surgical alternative, focused ultrasound can improve their symptoms, minimize complications often associated with other fibroid treatments, and enable them to return to work and their activities of daily living much faster. In 2015, the FDA changed the labeling so Curawave can also be used in women who wish to maintain their uterus for future fertility. Over the past few months, I have treated many women in their early 30’s who are so grateful to have a nonsurgical treatment that keeps their uterus and retains the ability to have future children!

Posted by HIFU ТЕРАПИЯ at 12:13 AM No comments: 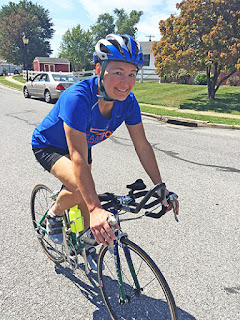 Posted by HIFU ТЕРАПИЯ at 2:12 AM No comments: 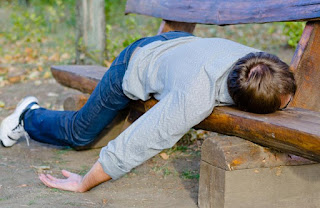 Researchers at the University of Virginia (UVA) are starting the first clinical trial in the world using focused ultrasound to treat patients with epilepsy. The study, supported by the Focused Ultrasound Foundation in collaboration with the Epilepsy Foundation, will assess the feasibility, safety and initial effectiveness of focused ultrasound to non-invasively destroy (ablate) diseased brain tissue that causes seizures.

The study is now recruiting up to 15 adult patients with a range of rare deep brain lesions that produce debilitating seizures that often do not respond to medications.  It is expected that most patients in the study will have benign tumors in the hypothalamus, which can lead to frequent seizures with outbursts of spontaneous laughing, giggling, crying or grunting; developmental delays and/or precocious puberty. The disorder can progress as patients age, leading to increased cognitive decline and severe behavior problems.

Current options for patients whose seizures do not respond to medication include surgery or laser thermal ablation, both which may involve multiple risks or complications, such as damage to normal brain, infection or hemorrhage.  The only currently available non-invasive method is radiosurgery with the gamma knife, which may take months to show effect, is not image guided and involves risks of complications from radiation.

“Intractable epilepsy, especially this type, can be devastating and existing therapies have risks and are not uniformly effective, so many patients are in desperate need of better therapies,” says principal investigator Nathan Fountain, MD, professor of neurology at UVA. “If we are successful in destroying the lesions without complications, then this will be an important step on the path toward developing focused ultrasound to enable patients to have freedom from seizures without the risks of open surgery.”

Further information about the study

Posted by HIFU ТЕРАПИЯ at 12:53 PM No comments:

Posted by HIFU ТЕРАПИЯ at 7:11 PM No comments: 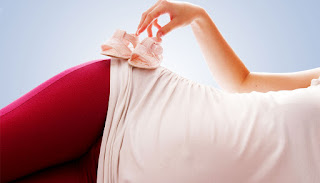 Posted by HIFU ТЕРАПИЯ at 11:06 PM No comments:

Email ThisBlogThis!Share to TwitterShare to FacebookShare to Pinterest
Labels: ΙΝΟΜΥΩΜΑ

Posted by HIFU ТЕРАПИЯ at 11:21 PM No comments: